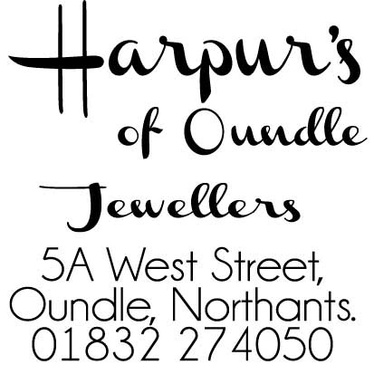 Above and Beyond Quality

Being a small family business we are proud to offer a service rarely seen on the high street. Whether you are coming in to spend £5 or £5000 or even just for some advice, you will be welcomed by a warm, friendly atmosphere that keeps our customers coming back again and again. We offer a fully extensive repair and valuation service as well as buying in second hand jewellery, antiques and gold.

The business was originally started by Nigel’s Father Peter Hill and his brother Ron in Bedford 1950. Following a move to Aspley Guise in 1974, we maintained a shop there and in Harpur Street, Bedford, until Nigel took over the business in 1988. Nigel’s parents, Peter & Pearl moved to Oundle and opened ‘The Old Curiosity Shop’ and we took over as ‘Harpur’s’ in 2002.

We promise to treat our customers with the honesty and respect they deserve. We pride ourselves on the quality of our jewellery and will do our upmost to make sure everything is perfect from start to finish.